All Creatures Great and Small (ACGS) is a non-profit animal sanctuary located on a 2.5 acre plot in a picturesque green area in rural Haryana, about an hour’s drive from India’s capital city, Delhi. It is easily approachable by road and directions are available on Google maps.

Everyone has a dream. It takes time and backbreaking effort to make it happen, but if you persist, it will.

All Creatures Great and Small (ACGS) is the vision of one of India’s leading human and animal rights activists, Ms Anjali Gopalan. In 2012 Anjali was named by “Time” Magazine as one of the world’s 100 most influential people for her pioneering work on HIV/AIDs and LGBT rights in India. She established Delhi’s first HIV clinic in 1994 and the Naz Foundation (India) Trust, an HIV/AIDS service organization that concentrates on prevention and care.

She is the recipient of countless awards for her ground breaking work. In March 2007, Anjali was honored as a Woman Achiever by India’s Ministry of Women and Child Development. On 25 October 2013 Anjali was awarded Chevalier de la Legion d’Honneur, which is the highest award from France.

She has been passionate about animals and their rights since a child. In 2010 she volunteered at a supposedly well-run shelter in Delhi and found the place alarmingly lacking in care and compassion. Having worked with children with HIV for over two decades she applied her experience and knowledge that both children and animals cannot heal and be happy in a joyless place. Her vision is, as it had been with children born with HIV, to create a sanctuary that would be their home. ACGS was designed to be a sanctuary for sick and disabled animals that were not capable of surviving in the wild or on the street until they could either be rehabilitated or adopted.

She named the sanctuary All Creatures Great and Small after the book written by her favourite writer, Dr. James Herriot, a British vet who wrote about his many experiences with animals in a humorous and compassionate way. “My father gave me all his books to read when I was in class five. I fell in love with the man and his mission to save and heal animals.”

The New Delhi shelter where Anjali initially volunteered had only dogs. India has the highest number of stray dogs in the world so the needs of stray dogs in India are huge and demanding. Given that dogs are closely associated with rabies, and India is home to one third of the worlds rabies cases it is understandable that stay dogs are often stigmatised and feared by a large number of the population. This is further exacerbated by India’s burgeoning middle class adopting Western notions of pet ownership, buying pedigree dogs, but many pedigreed dogs end up on the street, the castoffs of unsuccessful breeders or owners who tire of the experiment. Anjali’s initially plan was to establish a sanctuary for dogs in distress. In fact, the first fifty five animals in the sanctuary were dogs that moved to ACGS from the shelter where she volunteered as they no longer had the capacity to care for them. Dog numbers grew almost immediately, as soon as people heard about the sanctuary. They came in droves – accident cases, homeless puppies, performing dogs rescued from a circus, abandoned pets, breeders’ rejects, victims of human cruelty, old, blind, arthritic, cancer-ridden, amputated, all desperately in need of care.

Then came the large animals which were not initially in her blueprint. We were quite unprepared for them, but because we were in a rural area, requests to take them in began to pour in and we geared ourselves up to handle them. So rescued goats, horses from circuses, sick cows, bulls, buffaloes, abused mules and donkeys became our permanent residents. Then came the birds. Abandoned roosters, emus, injured peacocks, parrot fledglings, hens, ducks and geese joined our family followed by rabbits and cats.

So we first built the dog shelter, then stables and fodder storage barns for the large animals, then ponds for the water birds, then rabbit warrens, emu runs, the aviary, and finally the cattery. We are living up to our name!

When we bought the land, it was a patch of nothingness. Not a single tree or shrub. So first we planted trees and then constructed the various animal enclosures. Despite the poor soil we now have a good organic farming area where we grow vegetables, fruits and herbs. The soil is now regenerated. In our neighbouring plot of another two acres we are growing mainly fodder for our large animals. 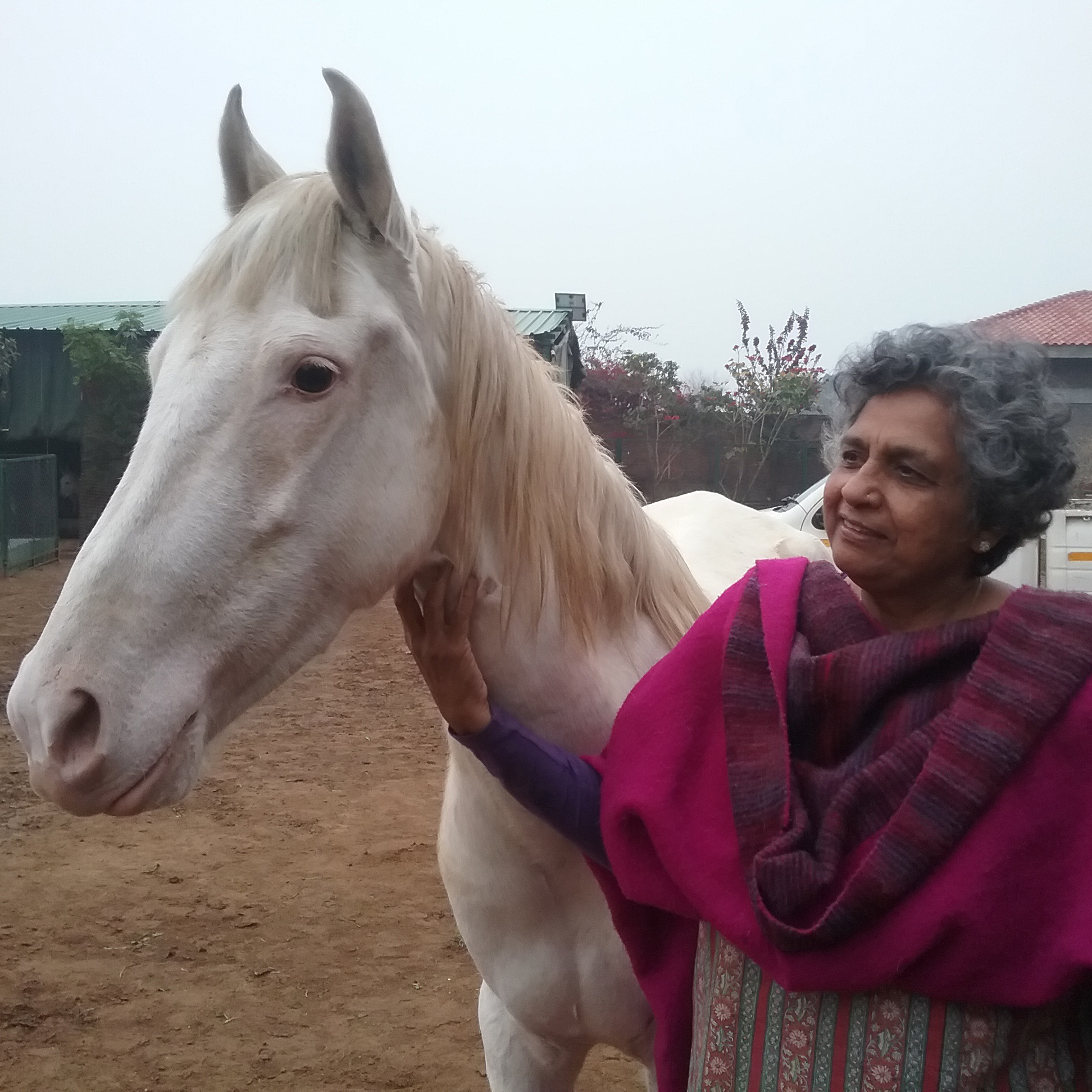 Anjali Gopalan is the Managing Trustee at All Creatures Great and Small. She is also the Founder and Executive Director at The Naz Foundation (India) Trust, a non-profit organization that works in the fields of HIV, gender and rights. She was awarded the theChevalier de la  Legiond’Honneur by MsNajatVallaud-Belkacem. 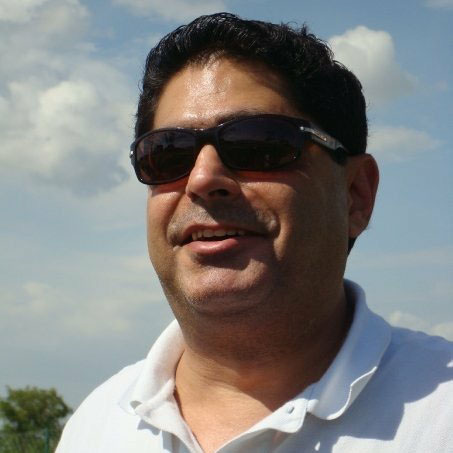 Percivial Billimoria is a senior partner at AZB Associates and also a Chartered Accountant by qualification. He has also been recognized as the Asia Pacific Legal 500 as a fine lawyer and as one of the leading individuals in Corporate/M&A practice in India. 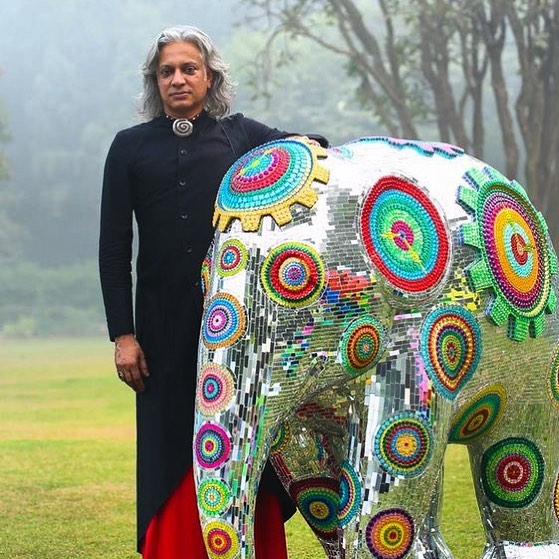 Sumant Jayakrishnan is a Scenographer, Designer as well as Installation Artist and a Theatre person. He has been the recipient of the Charles Wallace India Trusts Art Award in 1994. Some of his work includes Deepa Mehta’s Water, Tim Supple’s Midsummer Night’s Dream to name a few. 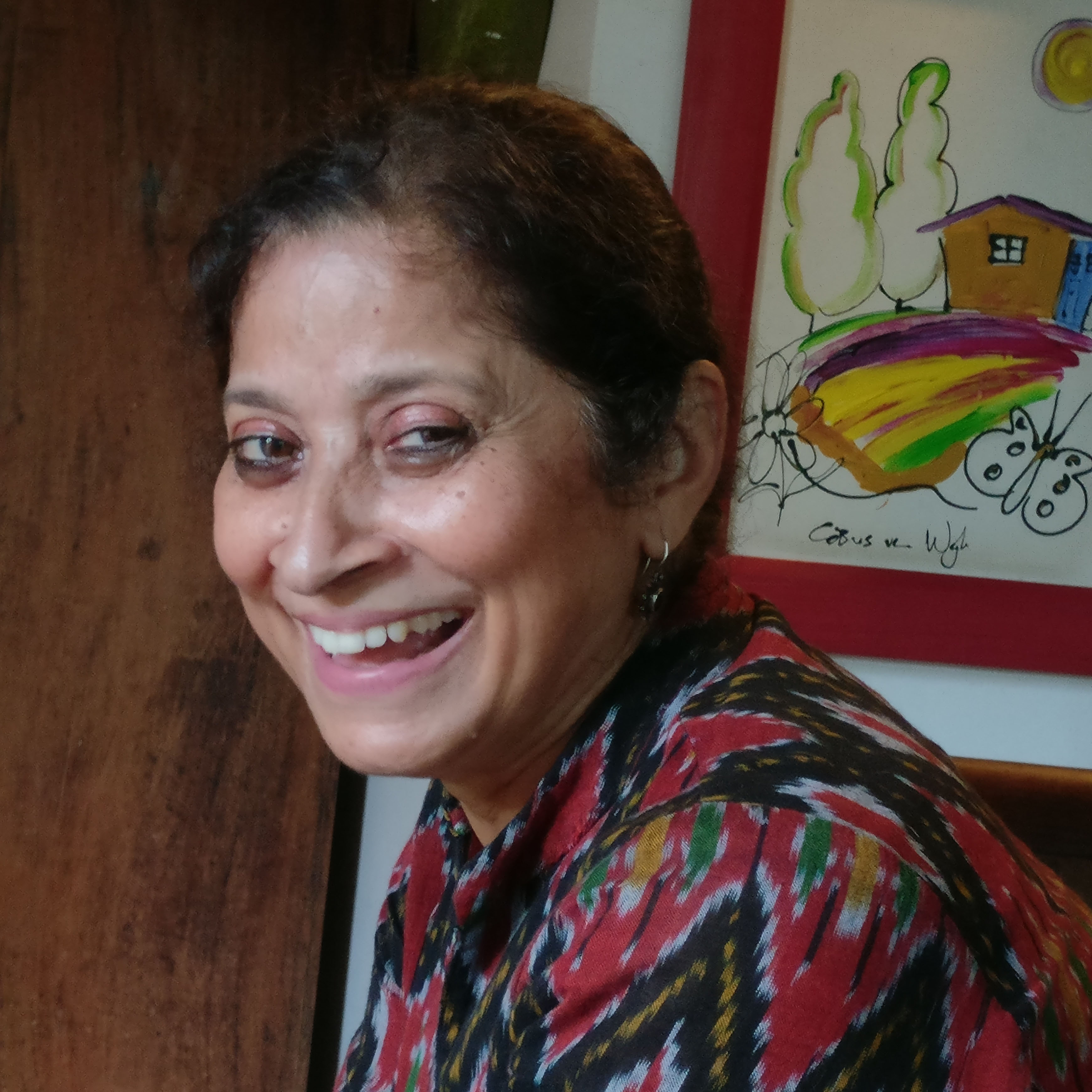 Raji Nair has been involved with All India Radio for over 30 years as well as hosted a pet show for 18 years. Presently, she is involved in the travel industry with her husband and runs an inbound  travel service. 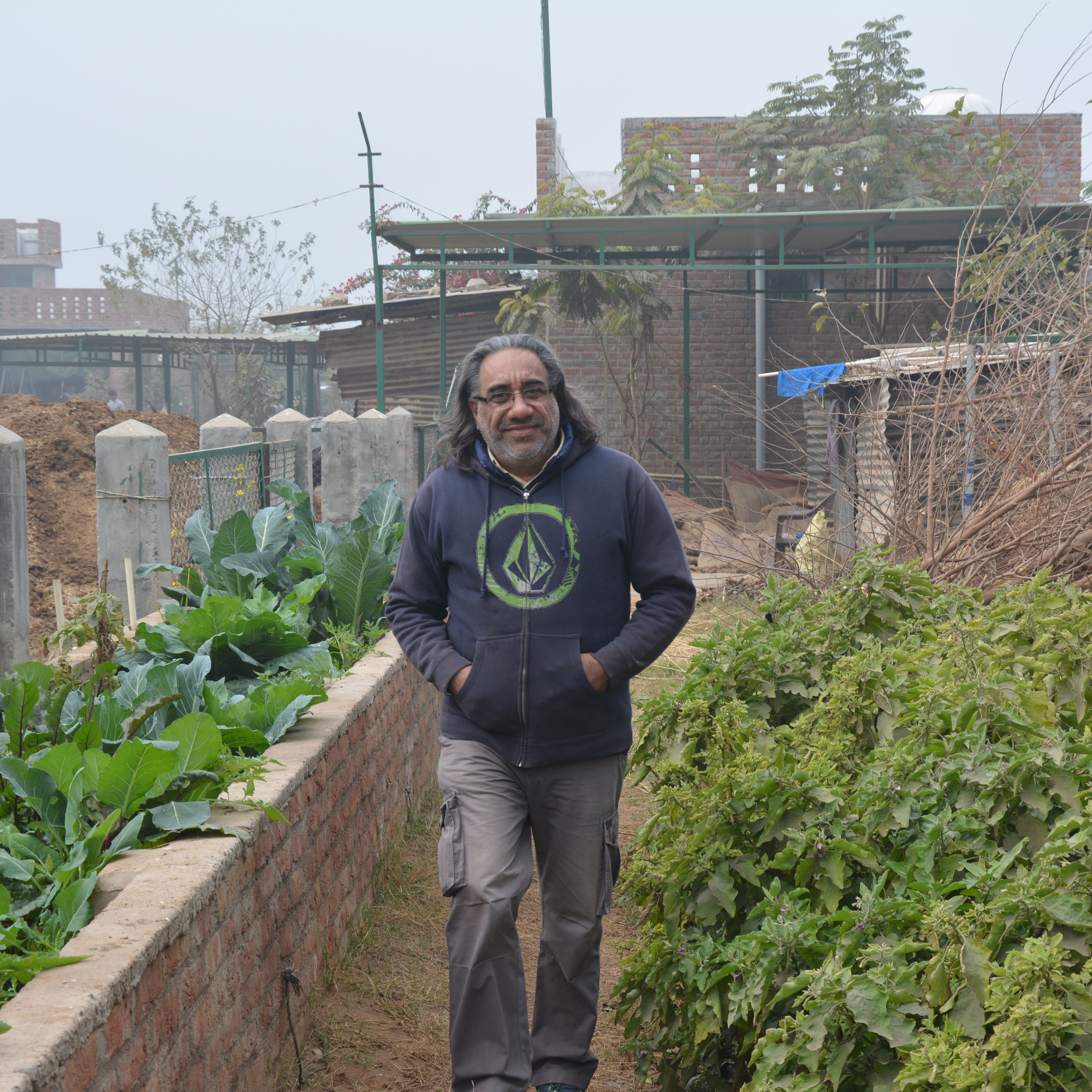 Gurpreet Virk has contributed his time and skills to the IT sector as well as dealing with the hospitality domain for years. He left his job in 2008 to contribute to the bandwidth of NGOs in helping them achieve its vision. He has been associated with ACGS since its conception. 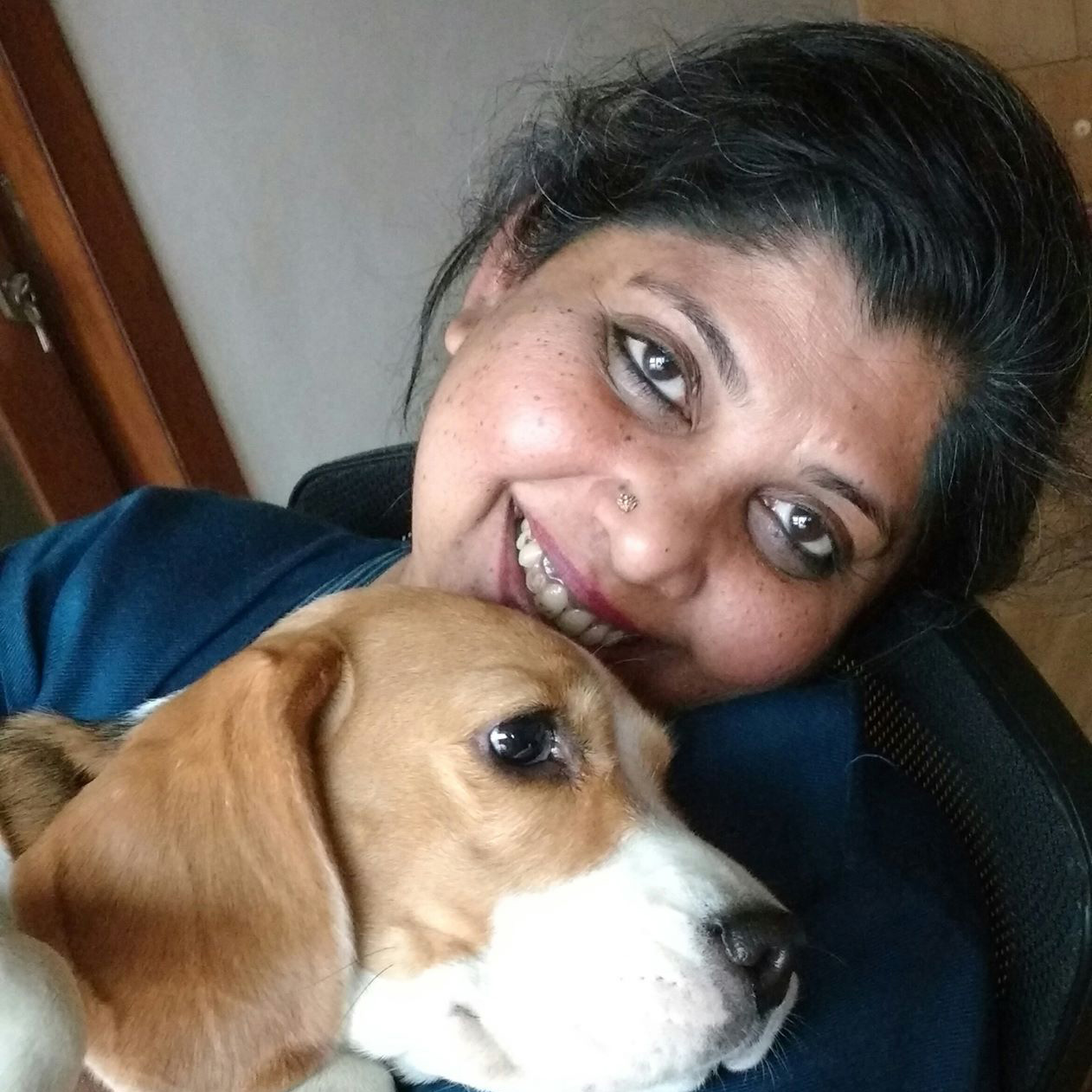 Priya Vishwanath has been working on development issues in India for the past 2 decades. A philanthropist and an advisor, she has advised various multinational corporations, global and regional foundations in corporate community investment, governance and capacity building. Currently, she is working at English Helper (EH), to make a difference by helping people become English literate relevant to their context. 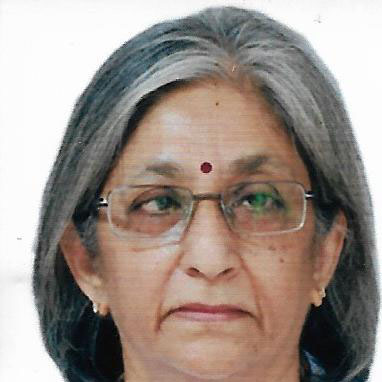 Shyamala Shiveshwarkar has devoted a huge part of her life in Research and Advovacy for HIV/AIDS in India, working in collaboration with various NGOs and think tanks. She has previously also worked with Overseas Hindustan Times as a journalist. Currently, Shyamala acts as a Consultant at Centre for Advocacy and Research. 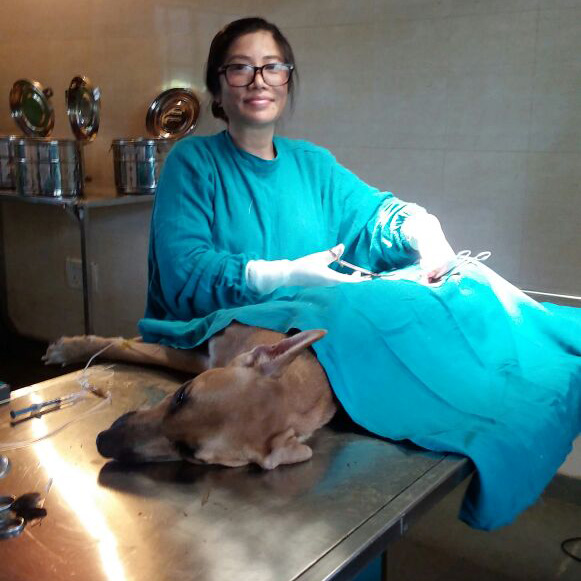 Dr. Sarungbam Yaiphabi Devi is the Founder, Managing Trustee and Chief Veterinarian at the Animal India Trust, an organization that works to improve the lives of street dogs in New Delhi. 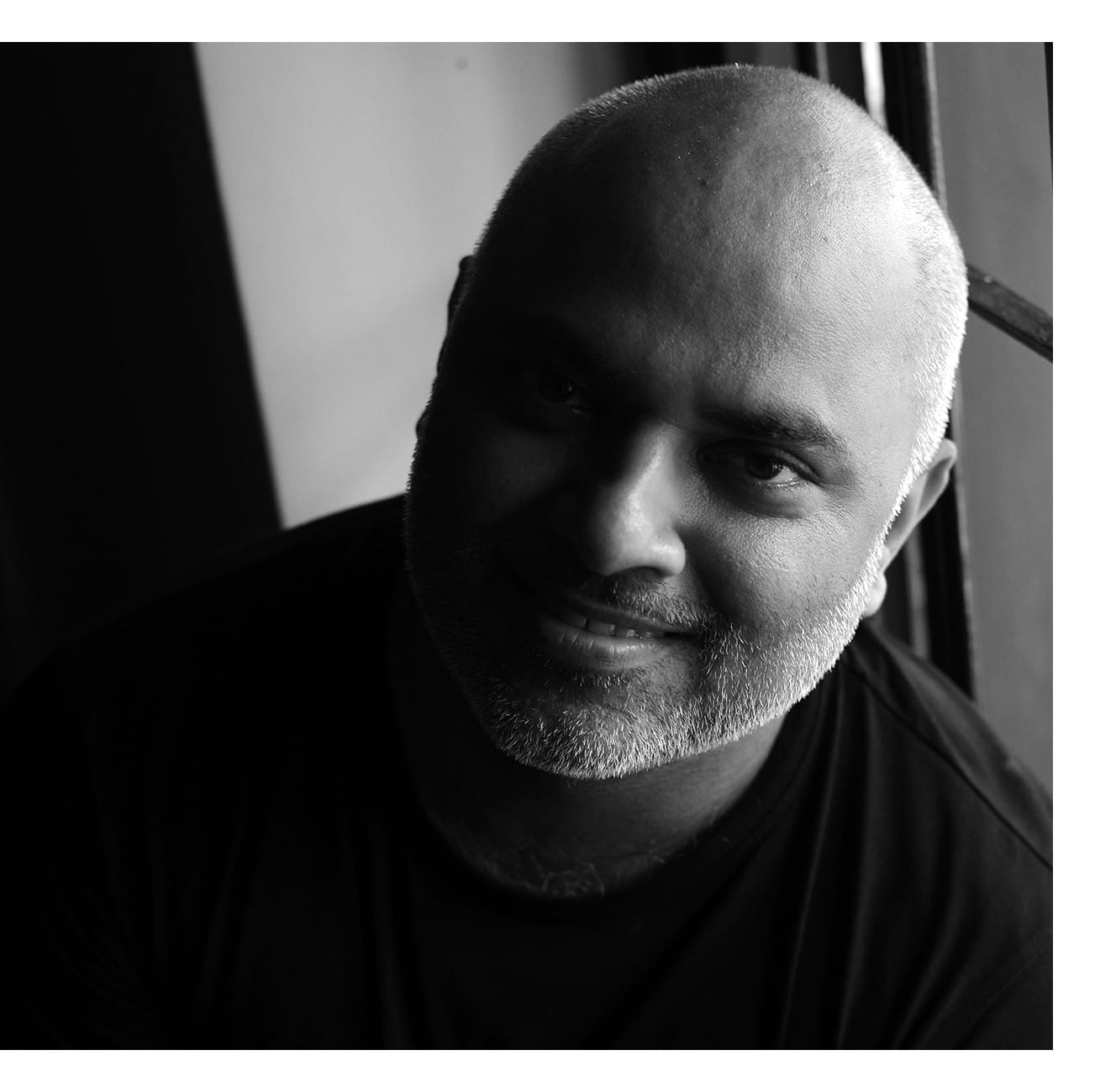 Dr. Amit Motihar is a certified by the American Heart Association (ASA) as a Basic Life Support (BLS) and Advanced Cardiac Life Support (ACLS) Provider. Currently, he sits as the Clinical Assistant in the Department of Cardiac Anesthesiology at Sir Ganga Ram Hospital, New Delhi. 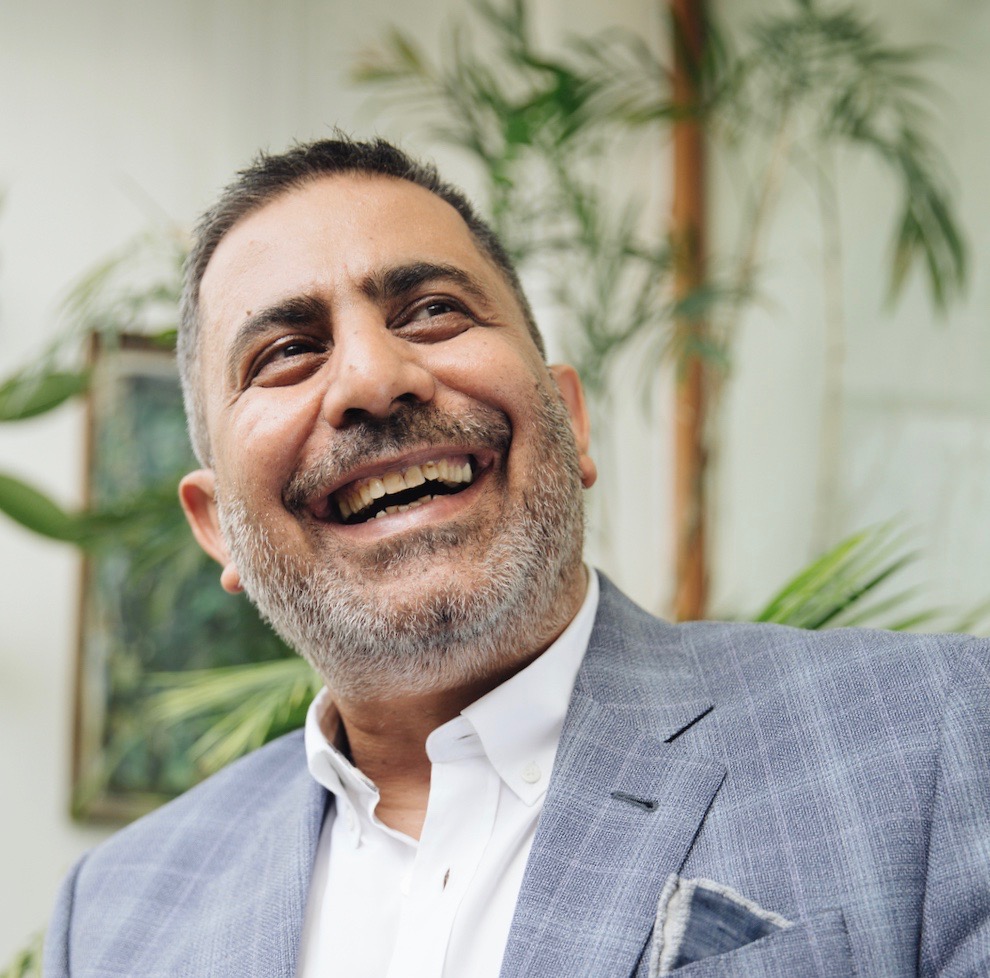 Sunil Kalra is a well-known angel investor and serial entrepreneur. He was a founder partner at UPEs Dehradun and currently serves on the board of One Play Sports (Singapore) and Stride Ventures (venture partner). He is a member of the Indian Angel Network and is invested in over 100 startups in India/ Israel/ Singapore/ and Silicon Valley. 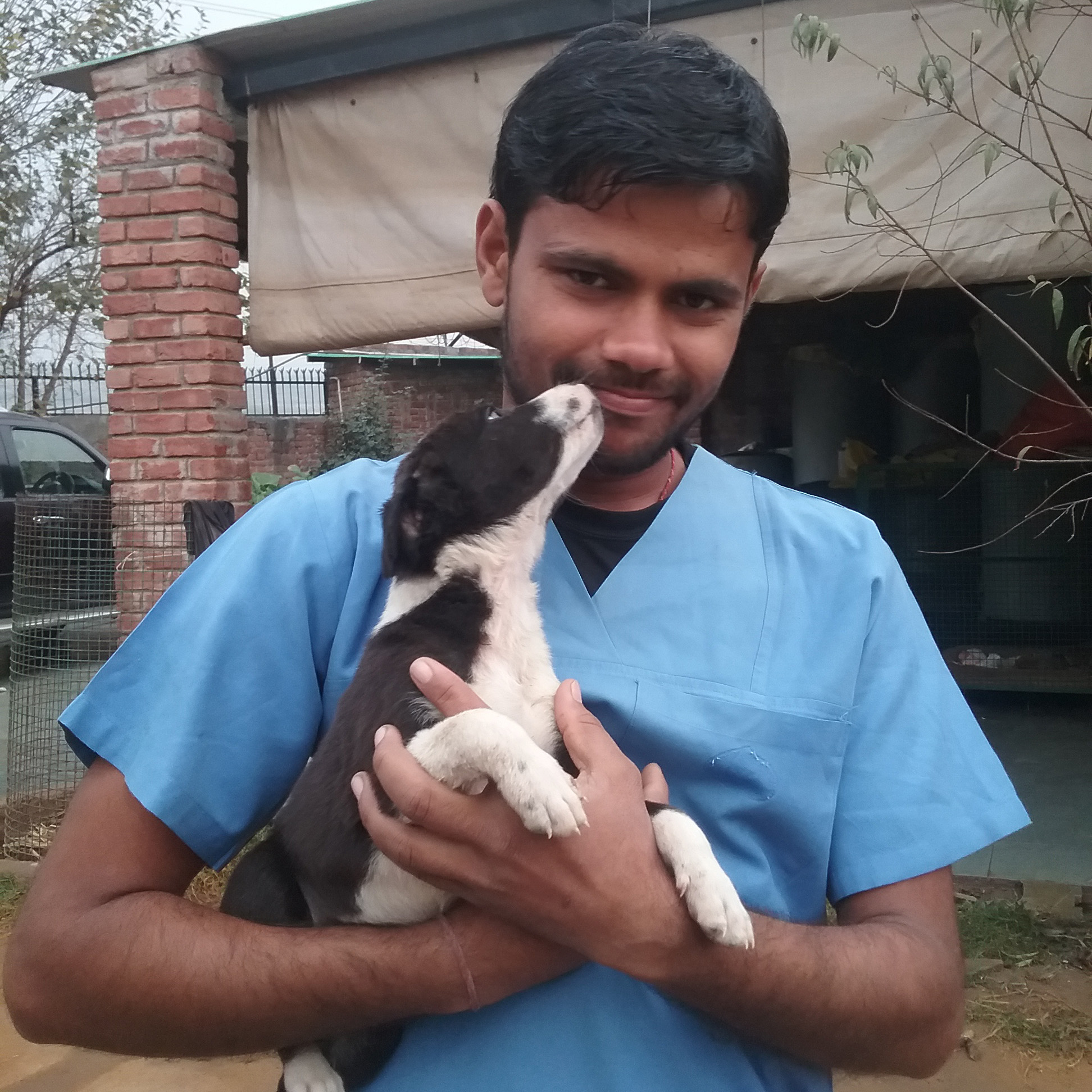 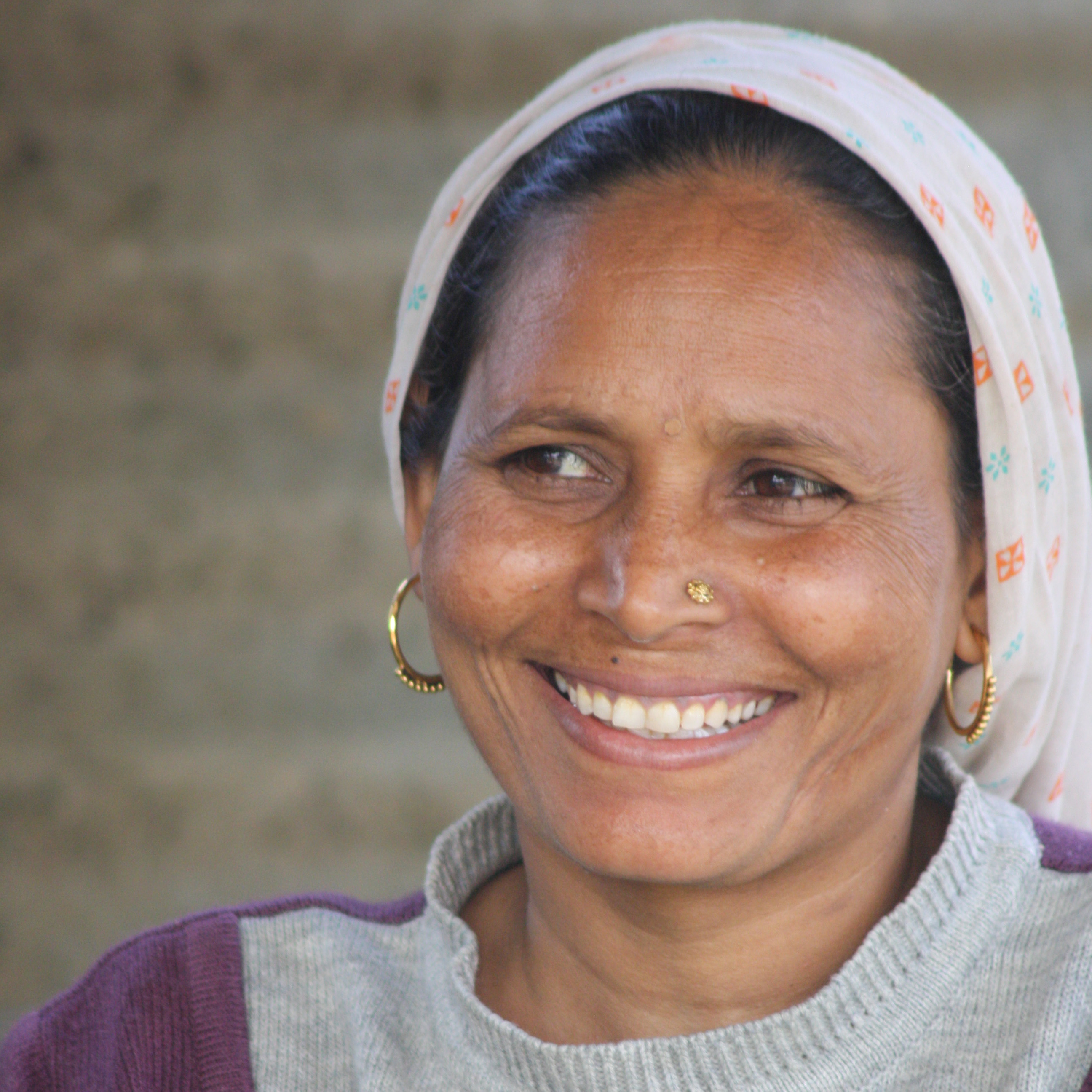 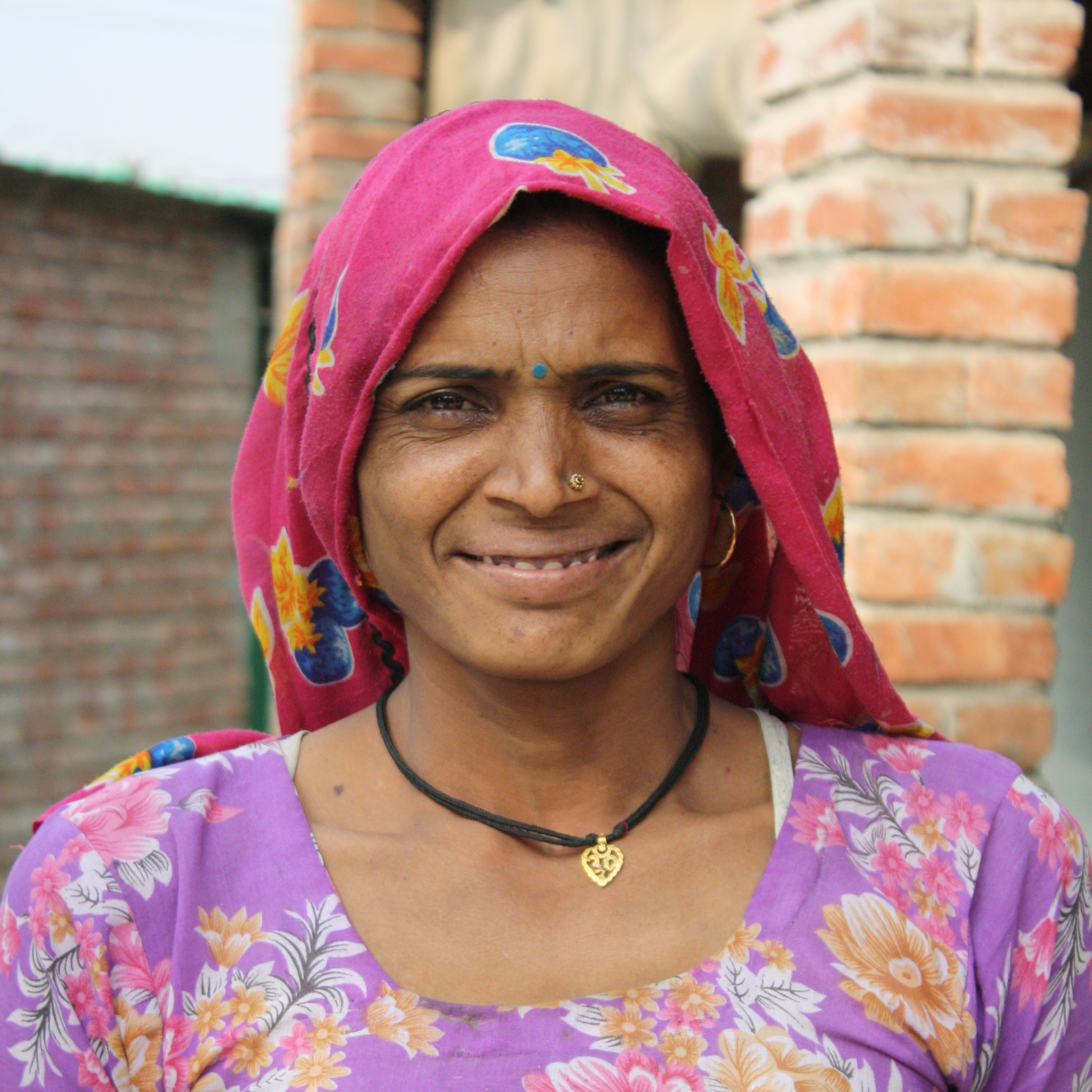 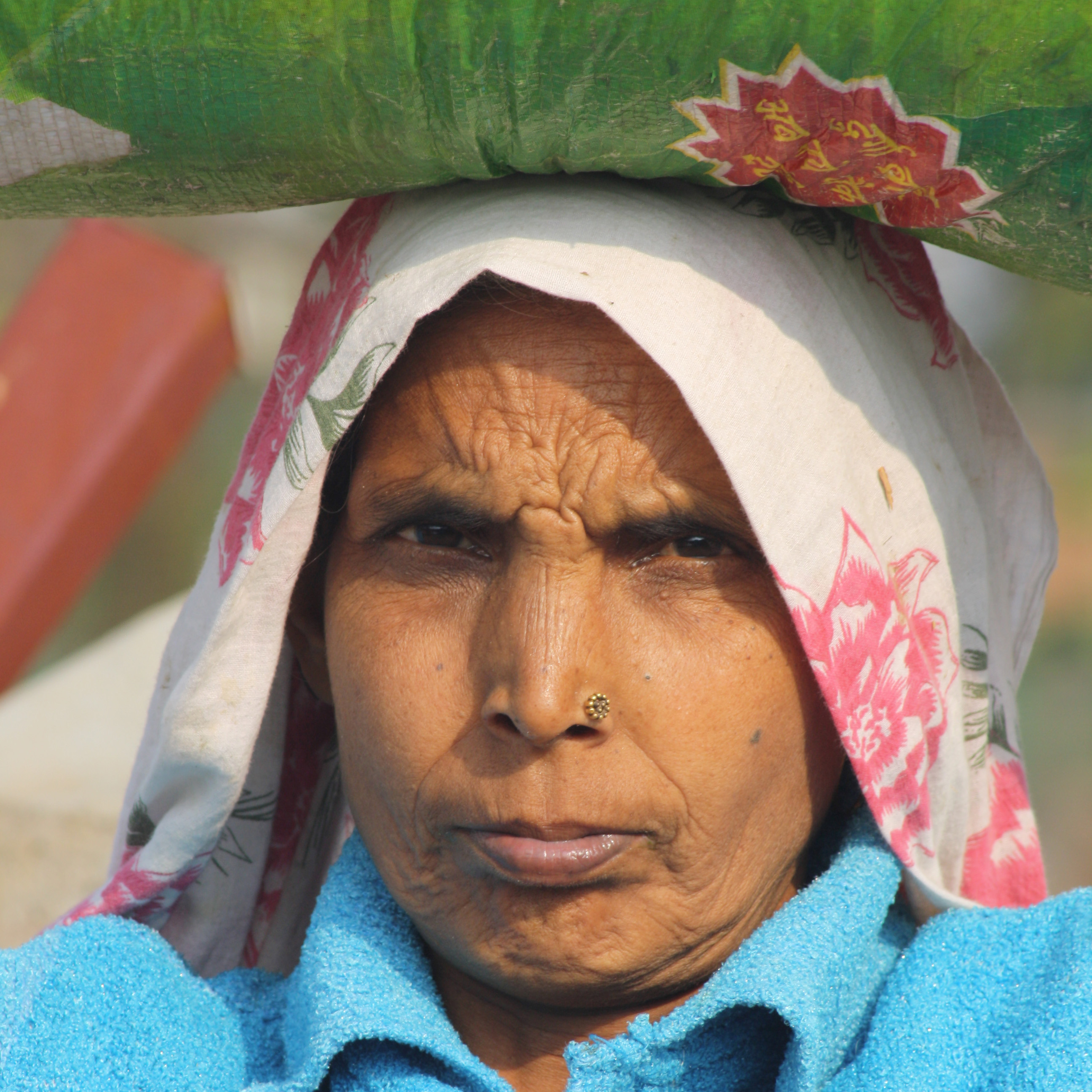 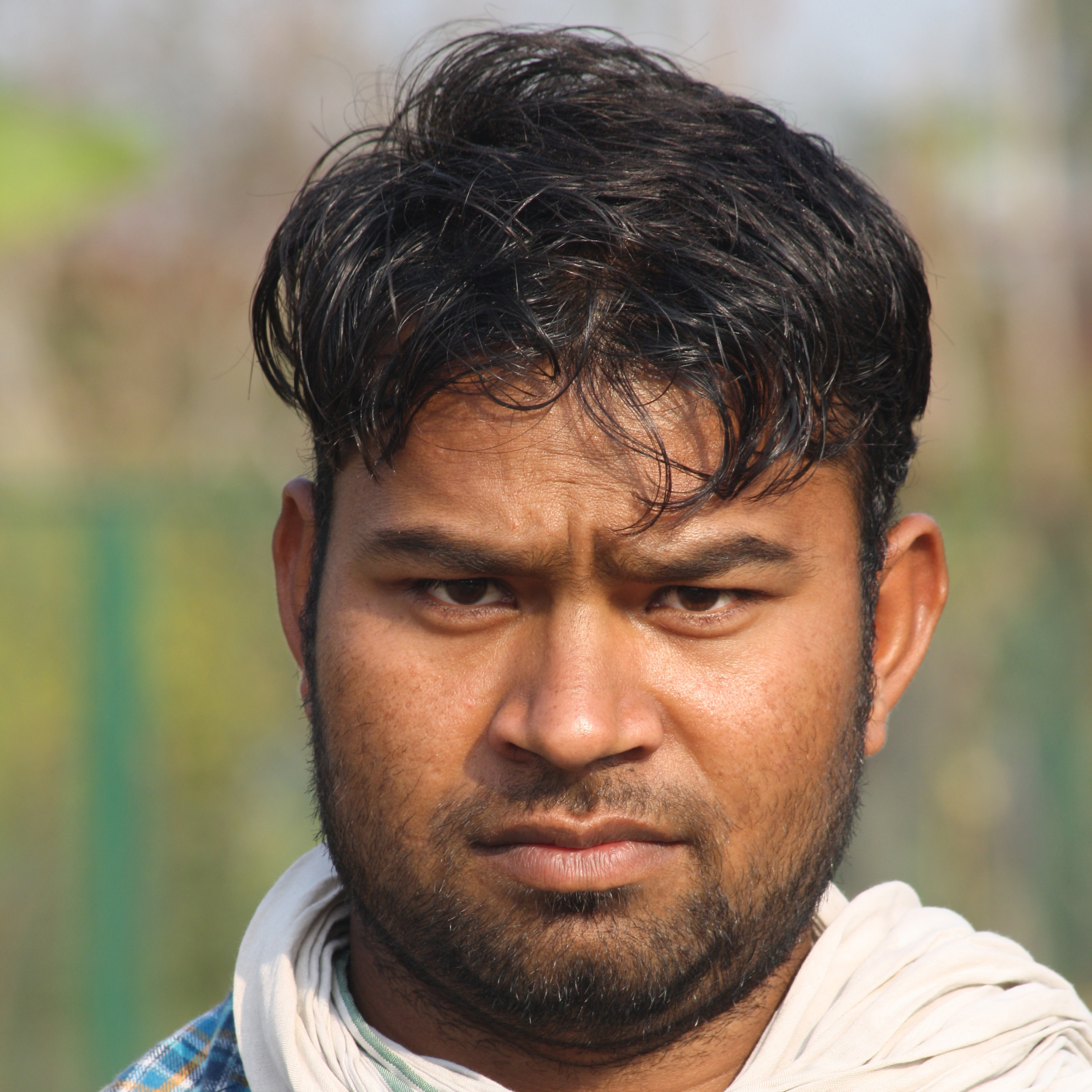 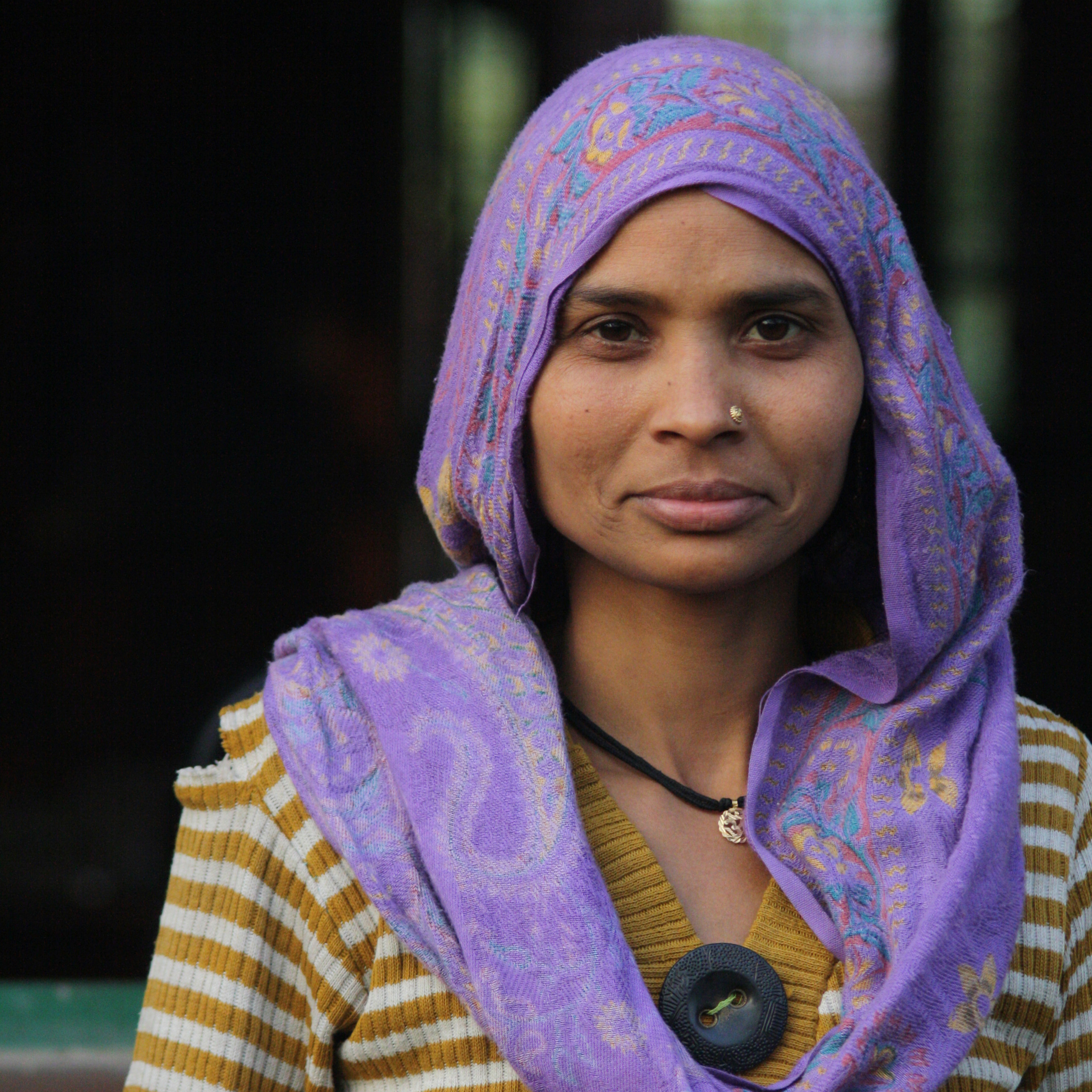 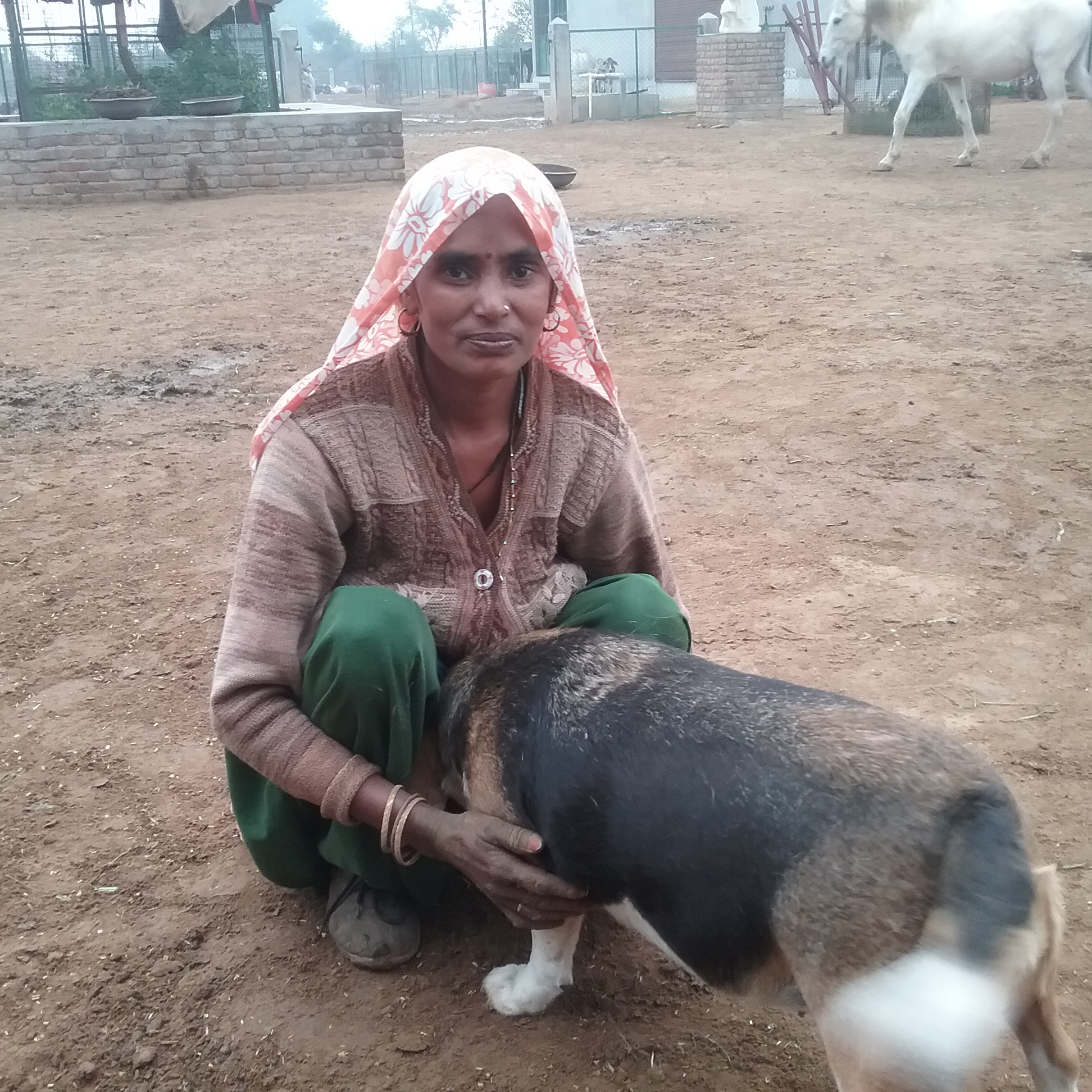 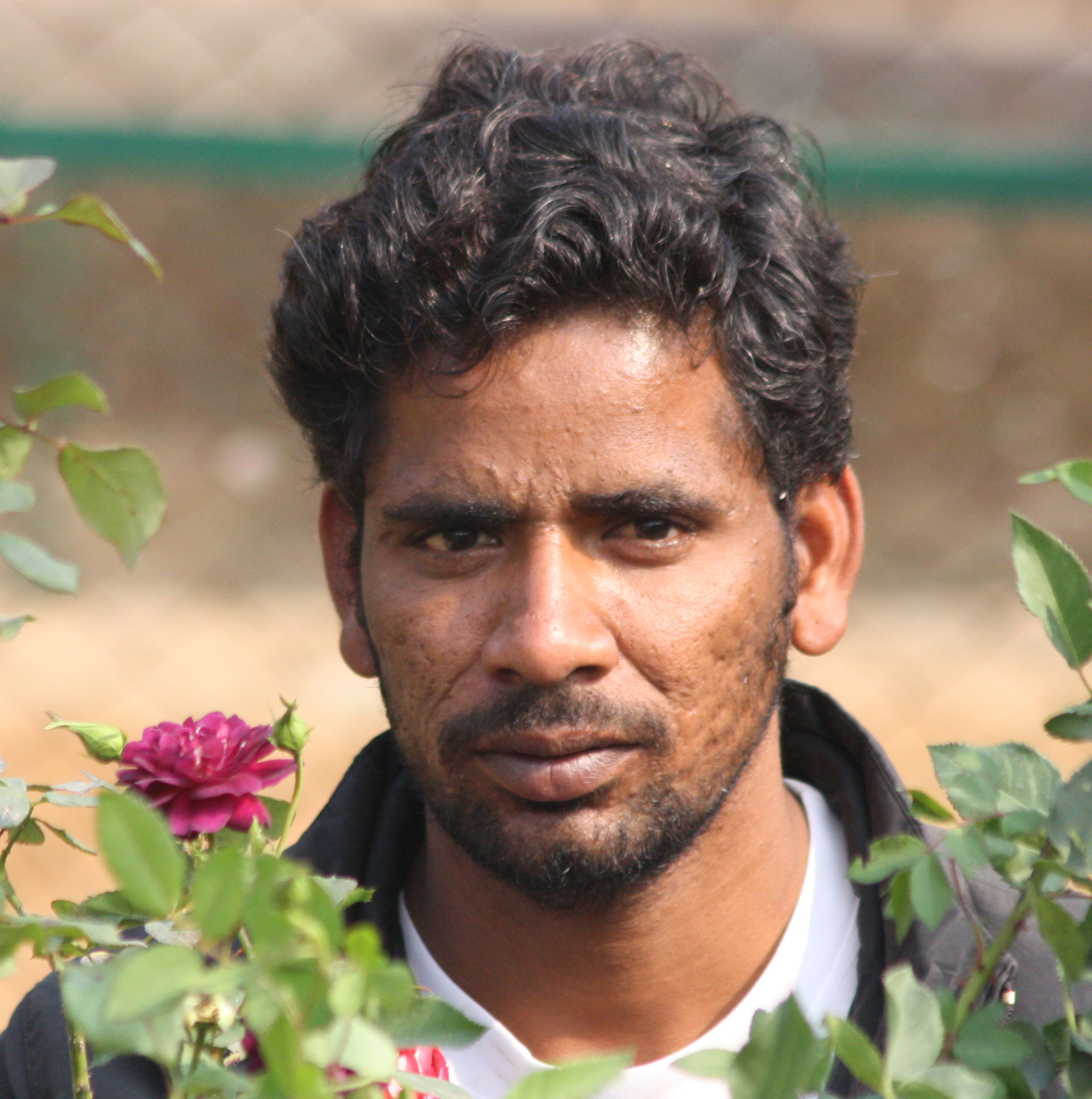